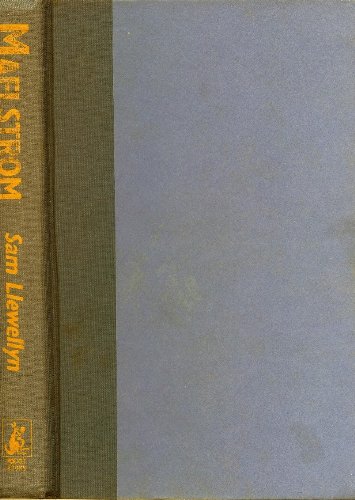 In this aptly titled thriller, Llewellyn (Clawhammer) proves that you can flirt with several genres at once and still deliver a gritty, intelligent and original read. Narrator Fred Hope is a British former environmental activist who once went to jail for trying to stop a whale hunt; during that same exploit, his patrician wife, Helen, was paralyzed for life. Now Fred's Uncle Ernie, an unrepentant Communist, has been framed for arms smuggling, and his partner and stepbrother-in-law, Hugo, has hired out Fred's charter cruise boat for, of all things, a whaling expedition. This ruins Fred's reputation-but it gets worse: Hugo's client turns out to be the godson of Herman Goring and the leader of a neo-Nazi group called ``Midgard,'' while one of the client's associates happens to have information proving that Hugo is a direct descendant of Czar Nicholas II. Gradually, Fred discovers evidence of a conspiracy stretching back to the youth of Uncle Ernie, whose story is told in a series of flashbacks. Though the novel begins slowly, it soon picks up as Llewellyn combines a number of story types-sea saga, mystery, family drama, social history, thriller, character study-into an amalgam not easily categorized. The resolution of the complicated plot is wildly unexpected, a punchy ending for a strong, well-written novel that's something far different, and far better, than the average thriller. (Dec.)
close
Details