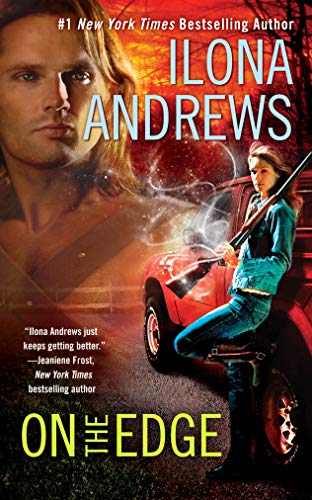 Andrews ( ) takes dysfunctional family stories to a new level in this engaging urban fantasy series opener. Rose Drayton and her two young brothers live in the woods between two worlds: the Broken (mundane smalltown Georgia) and the Weird (a world of strong magic and rigid social hierarchy). Those on the Edge between the two possess individual magical abilities. Rose has perfected her talent, a deadly white flash, and now the Weird's aristocrats envy her power. Is it a coincidence that vicious hounds invade to steal magic and destroy the Edgers just as Weird blueblood Declan Camarine demands that Rose become his bride? Though Rose rejects Declan's advances, the two must join forces to save her brothers and others on the Edge. Andrews has created a complex plot and convincing characters that will keep the pages turning.