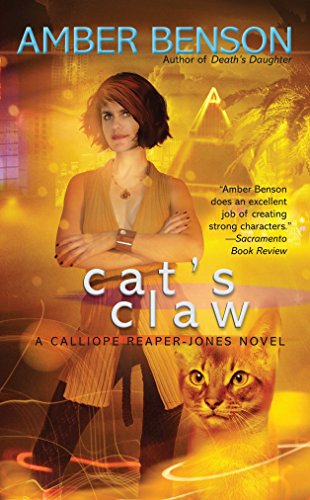 Benson follows up with a complicated, slow-moving tale. Being the half-human daughter of the Grim Reaper has advantages—such as immortality—but Calliope Reaper-Jones would rather just get on with her ordinary life in New York City. Then Callie learns that her lost love may still be alive; a dangerous cat-shaped spirit guide seeks human form; and Cerberus, the three-headed guardian of Hell, demands Callie locate and turn over a mysterious architect who’s gone missing. Callie bounces from twist to twist as she explores Benson’s richly imagined world, where multiple mythologies blend, and the afterlife is run as a corporation. The chick lit voice gets its share of laughs, but the frenzied pace fails to hide the lack of heart or the sense that this time around, the stakes never really amount to much.