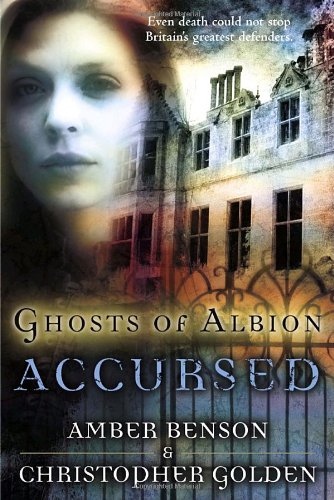 In this entertaining, fast-paced supernatural thriller, which originated as a "flash-animation" drama on the BBC Web site, Benson of fame and Stoker-winner Golden ( ) have created an alternative universe in which vampires, ghosts and wizards populate Victorian England. Their protagonists, the young magicians William and Tamara Swift, are the new Protectors of Albion, entrusted with defending their country against supernatural foes. Aided by an eclectic collection of spirit allies, including Lord Byron, Admiral Nelson and Queen Bodicea, the Swifts must confront a bizarre plague that has moved from the slums to the precincts of the well-to-do, transforming people into reptilian monsters reminiscent of some of H.P. Lovecraft's horrors. While the setup is familiar, the writing is good enough to raise hopes for future entries, assuming a better balance is struck between adventure and heroes who engage the reader's emotions.