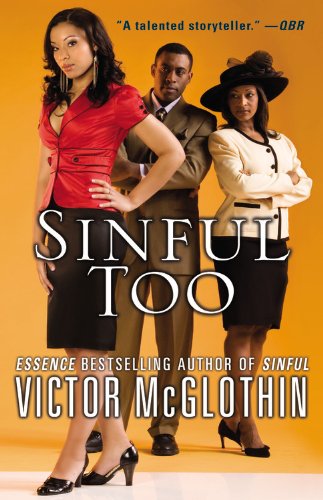 McGlothin’s steamy sequel to reveals what happens when the wicked Dior Wicker determines to marry Dallas pastor Richard Allamay, star of Church TV’s and “shepherd of Methodist Episcopal Greater Apostolic Church” (M.E.G.A. Church, for short). Dior’s best friend warns her to stay clear of the man, but the warnings go deeply unheeded as Richard, bored with his wife, is ripe for a fall. Lust drives Richard to strange lengths in his attempts to impress Dior (he misuses church money, and lies to his family and cheats on his wife). McGlothin unravels at a relentless pace a sexy and twisted story of marital and spiritual unfaithfulness, culminating in a shocker of a conclusion. Eric Jerome Dickey, watch out.