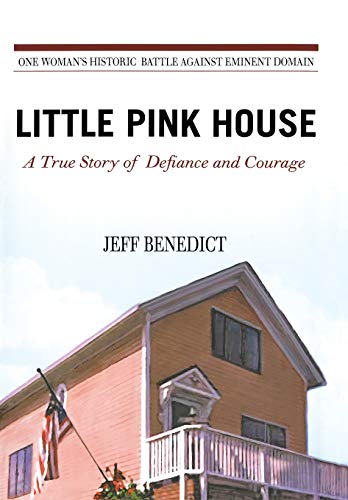 Little Pink House: A True Story of Defiance and Courage

Benedict ( ) has taken a complicated court case centered on eminent domain and turned it into a page-turner with a conscience. In 1997, an EMT named Susette Kelo left her husband, bought a cottage and started over in the economically depressed Ft. Trumbull neighborhood of New London, Conn. In February 1998, the New London Development Corporation began trying to muscle the neighborhood into selling homes to make way for a Pfizer research complex. Benedict's passionate account is rife with heroes and villains—he delights in pillorying Kelo's foil, Claire Gaudiani, the president of Connecticut College who lured Pfizer to consider New London. The fight escalated when the city tried exercising eminent domain to seize the homes of Kelo and others who refused to sell, leading to the case, v. , reaching the Supreme Court in 2005. Raising important questions about the use of economic development as a justification for displacing citizens, this book will leave readers indignant and inspired.