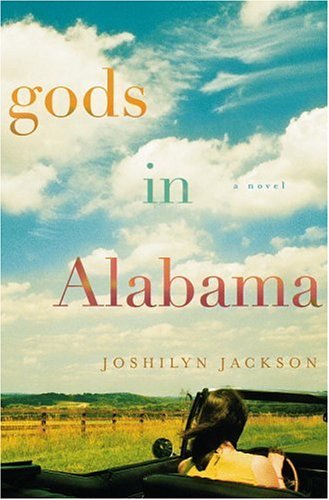 Arlene Fleet, the refreshingly imperfect heroine of Jackson's frank, appealing debut, launches her story with a list of the title's deities: "high school quarterbacks, trucks, big tits, and also Jesus." The first god, also a date rapist by the name of Jim Beverly, she left dead in her hometown of Possett, Ala., but the last she embraces wholeheartedly when high school graduation allows her to flee the South, the murder and her slutty reputation for a new life in Chicago. Upon leaving home, Arlene makes a bargain with God, promising to forgo sex, lies and a return home if he keeps Jim's body hidden. After nine years in Chicago as a truth-telling celibate, an unexpected visitor from home (in search of Jim Beverly) leads her to believe that God is slipping on his end of the deal. As Arlene heads for the Deep South with her African-American boyfriend, Burr, in tow, her secrets unfold in unsurprising but satisfying flashbacks. Jackson brings levity to familiar themes with a spirited take on the clichés of redneck Southern living: the Wal-Mart culture, the subtle and overt racism and the indignant religion. The novel concludes with a final, dramatic disclosure, though the payoff isn't the plot twist but rather Jackson's genuine affection for the people and places of Dixie. . .