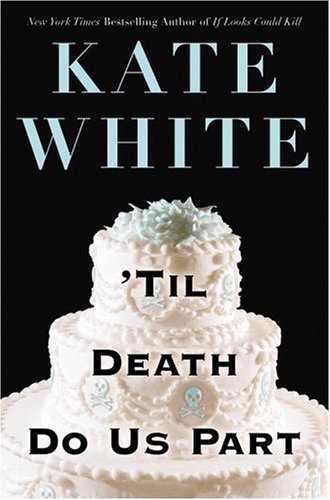 'TIL DEATH DO US PART

The third cleverly plotted Bailey Weggins mystery from editor-in-chief White (after 2003's ) provides a juicy inside look at the well-to-do matrons of tony Greenwich, Conn. Lounging at home one winter evening in Manhattan, the 30-something Bailey gets an unexpected call from one of her fellow bridesmaids from "the infamous Cross-Slavin wedding" held the previous spring. Ashley Hanes wants the magazine true-crime reporter/amateur detective to look into a bizarre coincidence: two bridesmaids have died, both seemingly by accident. So Ashley and Bailey travel to Greenwich to talk with the star of the wedding herself, Peyton Cross. Through her heroine's funny, self-deprecating voice, the author deliciously conveys the milieu of moneyed Greenwich-ites (and their New York counterparts). One has to wonder, though, why the refreshingly down-to-earth Bailey is even friends with the likes of Peyton Cross, a "Bridezilla" unpleasantly obsessed with perfection. White keeps everything light, but she also sustains a real sense of mystery, with less than obvious motives and a positively suspenseful denouement. Ultimately, the pleasures here are more gossipy than criminal.