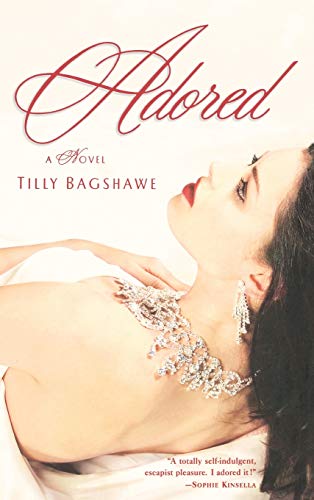 Glamour, fashion, gossip, scheming—they're all here in a page-turning debut starring Siena McMahon, feisty granddaughter of Hollywood movie legend Duke McMahon. In the tradition of Jackie Collins and Danielle Steel, Bagshawe strews Sienna's path to stardom with bumps aplenty. Family trouble began before Siena was born, when Duke decided his mistress should move in with his wife and kids, but Siena, born in 1981, had a pretty cushy childhood as a granddaughter of the wife—at least until she finds her beloved grandfather dead in the family's Hollywood manse. Siena's father, jealous of the attention Duke lavished on Siena, cows his wife into packing their outspoken 10-year-old to an English boarding school, and when Siena later defies her father's plans for her (Oxford med school) to become a supermodel (and thus kick-start an acting career) he disinherits her. Bagshawe nimbly captures Siena's fierce ambition, and like her glam novel predecessors, she keeps the pages flying with steamy sex and keen behind-the-scenes takes on the fashion, movie and television businesses. Secondary characters, such as British director wannabe Max De Seville, Sienna's on again/off again love interest, shine almost as brightly as Siena, and Bagshawe nips in an entertaining side plot about Max's half-brother's struggle to keep his 16th-century Cotswold farm from the hands of a dodgy Cockney developer. This is one of those big, juicy summer beach reads—not too deep, just wildly entertaining.