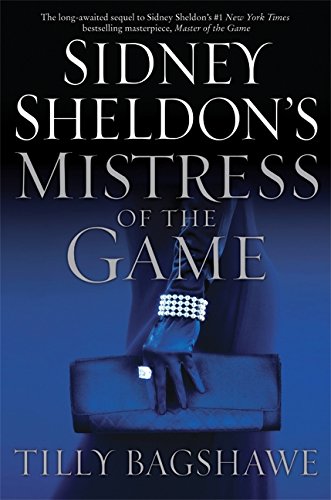 Sydney Sheldon's Mistress of the Game

meets in Bagshawe's compelling sequel to the late Sydney Sheldon's (1982), which chronicled the sticky power struggles of the Maxwells, America's richest family. A new generation of Maxwells includes Eve, an evil temptress brutally scarred by her controlling cosmetic surgeon husband, and her identical twin sister, Alexandra, an angel in comparison. Alexandra dies giving birth to a daughter, Lexi, while Eve survives the birth of her son, Max. Eve plots to take back the family's business empire, rearing Max to hate and, at age 10, kill his father. Lexi's father, Peter, and her big brother, Robbie, surround Lexi with love, but she's traumatized at age eight when she's kidnapped and raped. Years pass as Lexi and Max square off, while across the ocean “the most famous barrister in London” embarks on a quest that will eventually lead him to Lexi, but not without many shocking twists. Bagshawe ( ) expertly channels Sheldon's lurid, feverish prose.