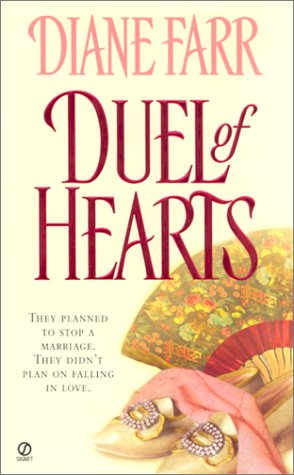 Two strong-willed people learn that they do not always know best in Farr's formulaic romantic comedy, which is ostensibly set in the 19th century. When Delilah Chadwick learns of her father's hasty plans to remarry, she becomes concerned that he is being manipulated by a scheming harpy, especially since the hitherto pragmatic Sir Horace hasn't even given his daughter a chance to meet his fiancée. Lilah reluctantly joins forces with Adam "Drake" Harleston, the earl of Drakesley, who is convinced that his young cousin has been seduced by the much older Sir Horace. Together they journey to Wexbridge Abbey in the hopes of stopping the impending nuptials, but their partnership is not at all harmonious. To the reader's frustration, Drake and Lilah manage to engage in a battle of wills over the smallest of decisions, even as they are irresistibly drawn to each other. Although occasionally interspersed with witty dialogue, the book on the whole misses its mark. Drake comes across as overbearing, and Lilah is given to childish tantrums. At one point, she even exclaims "I wish to return to Wiltshire with Papa and go on just as we always have!" It's clear that Drake and Lilah are meant for one another, but there's little incentive for readers to stick with the story and see that they get it right.