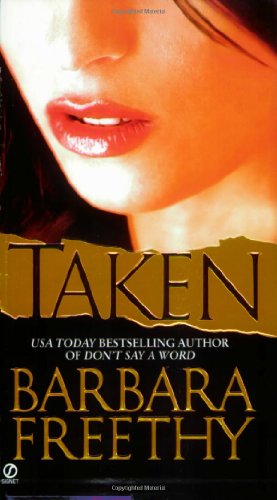 Bestselling novelist Barbara Freethy ( ) has another crowd-pleasing page-turner in the first of a tricky romantic suspense series. After a whirlwind courtship, San Francisco artist Kayla is about to fulfill her dream of marrying Mr. Right and starting a family—but on the wedding night, her dream man abandons her. Meanwhile, engineer Nick Granville returns home to San Francisco after a few months working in Africa to find his house lived in and his bank accounts plundered. Turns out these two strangers were duped by the same man: handsome, blond, smooth-talking Evan Chadwick. Unable to get the attention of the SFPD, the two marks take it upon themselves to track down Evan and get back what's theirs. As the clues accumulate, so do the smoldering glances between broad-shouldered Nick and curvy Kayla, but Freethy's sex scenes have a reportorial feel that may leave readers cold. Evan's cat and mouse game, however, should hook suspense fans and carry them into the next volume—as Evan says, "the game will be over when I say it's over," and this is just his first play.