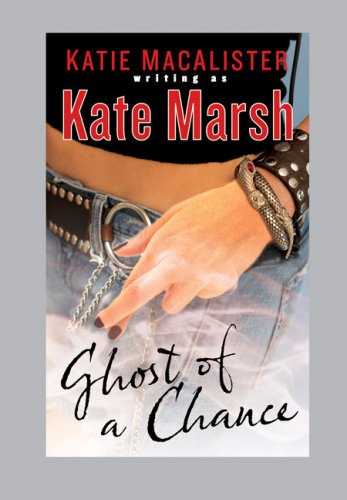 Ghost of a Chance

Part-human, part-otherworldly exorcist Karma Marx agrees to clear her oily human husband Spider’s haunted house in exchange for an uncontested divorce. At the house on Washington’s Olympic Peninsula, she finds a poltergeist cop named Adam who claims that he, rather than Spider, owns the house; a psychic, Savannah; a bunch of imps who keep turning up, and many other denizens—almost all of whom have a reason to hate Spider. When he’s found dead, suspects abound; thanks to a seal that Adam places on the house, everyone is trapped for 12 hours, during which Karma and Adam are determined to identify the killer. Marsh (as Katie McAlister, author of ) throws in a bit of a twist at the end, but despite lots of noisy activity, the investigation often plods.