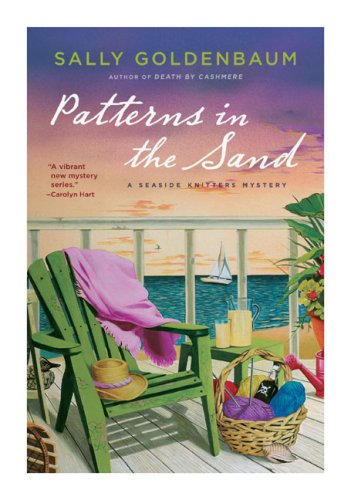 Patterns in the Sand: A Seaside Knitters Mystery

The summer art scene of idyllic Sea Harbor, Mass., provides the backdrop for Goldenbaum's engaging second knitting cozy (after 2008's ). When Izzy Chambers finds fiber artist Willow Adams lying in the display window of Izzy's Seaside Knitting Studio, she at first thinks Willow is dead, but Willow, whom she invited to do a demonstration at her shop after meeting the waiflike young woman a year earlier in Boston, is merely asleep. When someone fatally poisons Aidan Peabody, a popular Canary Cove artist, Willow becomes a suspect after the authorities learn she's Aidan's sole beneficiary. Other suspects include a frustrated art teacher, a greedy developer and a gallery owner who was jealous of Aidan's influence with Canary Cove's arts council. Goldenbaum weaves a tight plot as Izzy and her knitting friends attempt to untangle another puzzler without dropping a stitch.