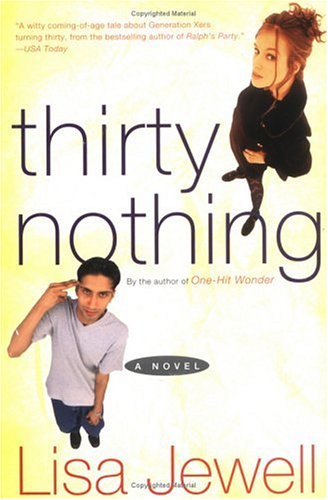 Like a fizzy cocktail, Jewell's follow-up to her bestselling Ralph's Party is quickly consumed and sometimes dizzying. Set in posh London, the plot adheres to the When Harry Met Sally formula of romantic comedy--two characters are unaware of their love for each other. Naturally, readers witness a string of calamities eventually resulting in a happy-ever-after ending. Dig Ryan and Nadine Kite, best friends for 15 years, have exhausted the dating market. Dig, who works for a small record label, wakes up on his 30th birthday with a 17-year-old girl in his bed, and suddenly feels old. He and Nadine, a 30-year-old freelance photographer, resolve to stop living as serial monogamists and find love with mature adults (to become, as Bridget Jones might say, Smug Marrieds). When Dig bumps into Delilah, the most beautiful girl in Holy Trinity high school and his first love, he thinks he may be lucky at last. Nadine is anything but happy at the reappearance, since Delilah, who has come to London without her husband, stole Dig from her once before. Meanwhile, Nadine has contacted her first love, Phil, who's even more of a jerk now than he was a decade ago, except now he's an ex-con, too. Of course, the appealing couple known as Dig 'n' Deen finds its way out of this tangle before the novel's candied close. Jewell's keen observation of British pop culture is perhaps the best attribute of a book that is fun but never quite intoxicating, and which is burdened by an unimaginative cover. (Jan.)
close
Details