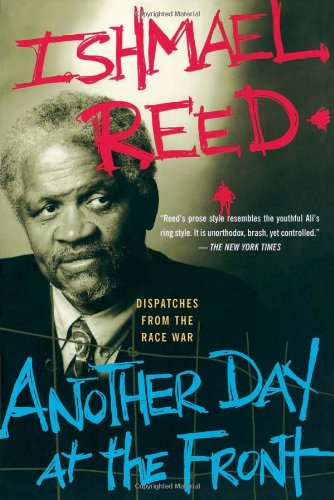 ANOTHER DAY AT THE FRONT: Dispatches from the Race War

Despite the rabble-rousing subtitle, remarkable novelist and critic Reed offers far more than the erudite, colloquial confrontationalism with which he is often pigeon-holed. Essays sometimes focus on the virtues of crucial cultural figures, like Quincy Troupe, or contest divisive works by black intellectuals, such as . But the book, communicative and direct, remains at every turn acerbically fixed on peeling back everything that continues, extends or disguises the various forms of white-on-black violence, which remains, for the insightful and uncompromising Reed, a fundamental fact of the black experience in the United States.