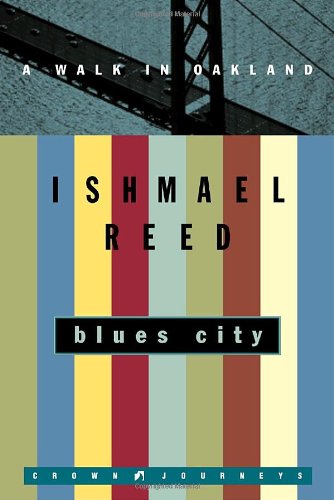 BLUES CITY: A Walk In Oakland

Novelist and critic Reed (; ) tours historic districts and homes, and attends parades, festivals and performances, to discover the "many worlds within Oakland," a city with "one of the most ethnically diverse populations in the country... [and where] identities are blurred." Reed's treatment is part homage and part rant (mostly against Mayor Jerry Brown and his "elegant density" plan to gentrify the downtown area with hi-tech businesses). The author has reason to be frustrated: "Classical buildings and traditional landmarks are being leveled and replaced by vertical trailer parks that seem to be thrown up overnight"; but some of his comparisons are a bit extreme, as when he likens the dot-com generation to the exploitative 1849 Gold Rushers: "California has never recovered from the damage caused by these earlier invaders... and their treatment of the California natives must rank as one of the cruelest episodes in human history." The book's best parts come from transcribed interviews, such as author Malcolm Margolies's description of a pre-development Lake Merritt and David Hilliard's stirring Black Panther legacy tour. But Reed's own language vacillates from bland ("I attended the annual Black Cowboy parade. Attendance was up over the previous parade") to venomous ("the black upper class is kept out of sight, lest some white Americans lose their self-esteem, whose foundation is the myth of black inferiority, their psychological Prozac"). This slender volume, while filled with facts, dates and a variety of cultural events, doesn't live up to the "husky and brawling" swagger of the city Reed describes.