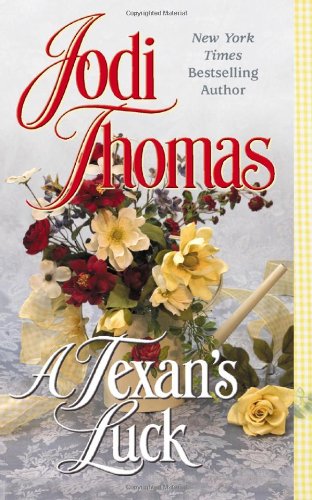 While Thomas recently made a splash with two contemporary novels, and , it's her nearly 20 historical romances, set in her native state of Texas, that have earned her two RITA awards. This psychologically, as well as physically, action-packed tale demonstrates why. Third in her Wife Lottery series (after and ), it follows the fortunes of 15-year-old orphan Lacy Larson, youngest of a gutsy trio of pioneer women auctioned off to avoid jail after killing Zeb Whittaker, an avaricious buffalo hunter who'd attacked them. For mysterious reasons, Walker Larson, Lacy's married-by-proxy army captain hubby, doesn't want a wife, much less one his father has purchased for him. But when Zeb Whittaker turns up alive five years later, desiring revenge, the reluctant absentee groom is assigned to protect Lacy. The result is a tale with more than enough fast-paced adventure to satisfy suspense buffs. But, as always, it is Thomas's slower-paced handling of the romantic dynamics between her emotionally warm but wounded characters that is the novel's strength.