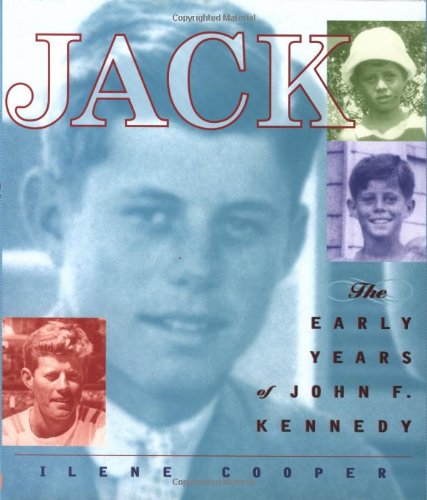 Cooper () offers an engaging overview of the mischievous and often sickly boy who grew up to become president. Readers may be surprised by how un-presidential Jack behaved in his youth. For though Jack demonstrated strong creative and intellectual leanings, he struggled with rules, punctuality and order—struggles which cost him many meals in his strict Irish Catholic family and which nearly led to expulsion at his prestigious boarding school, Choate. Joe Sr., the head of the close-knit Kennedy clan "wanted winners in the house, not losers," Cooper asserts, as she effectively establishes the man's ambitions for himself and his sons. She speculates that Jack exaggerated some of his impish traits because he could never measure up to his seemingly perfect elder brother, Joe Jr., while also highlighting Jack's charm through family stories and occasionally in his own words, such as his well argued "A Plea for a raise" in allowance, addressed to his father. The author also discusses Jack's myriad health problems, which began with life-threatening scarlet fever at age two and plagued him throughout his life. Primary sources and photographs help capture the high pressured and privileged Kennedy lifestyle and an effective afterword chronicles Jack's rapid ascent in politics. Though this leader conjures the myth of Camelot for adults, young readers may well find the reality of Jack's boyish wiles and struggles nearly as appealing. Ages 10-14.