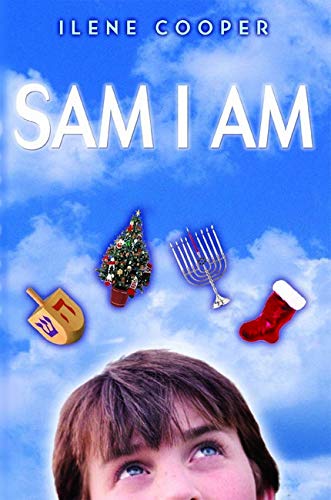 Cooper's ( ) thoughtful if belabored novel centers on 12-year-old Sam, with a Jewish father and Christian mother, who feels caught in the middle—especially this holiday season. Since the family dog has pulled down the Christmas tree (or "Hanukkah bush," as his father insists they call it), presents will be arranged around the menorah, for the first time putting more emphasis on Hanukkah than Christmas. On Christmas Eve, which coincides with the first day of Hanukkah, Sam witnesses the clashing traditions of his feuding Jewish and Christian grandmothers, and he decides to ask God something that has been plaguing him: "What I want to know is, why can't people practicing different religions get along?" This question assumes greater proportions when Sam's class begins studying the Holocaust ("How could You let this happen?" he asks God), and when the boy learns they had a relative who was a prisoner in a Nazi concentration camp. In a rather strained subplot, Sam becomes smitten with Heather, a classmate he thinks is "cute," but whose mean-spiritedness (he finally realizes) is rooted in racism. Although the narrative becomes encumbered by some rather pointed exposition and repetitious discussion, Cooper introduces a likable young protagonist and raises some searching questions about tolerance, injustice, commitment to religion and communicating with God. Ages 9-12.