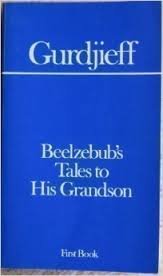 THE DARK GROUND TRILOGY: Book One

A tantalizing mystery lies at the heart of this first book in Cross's ( ) fantasy trilogy, but its solution is elusive. An enigmatic opening chapter introduces Zak, in the treetops, calling to Cam to "Remember," as he crashes "headfirst, onto the dark ground." Next, readers meet Robert Doherty, on an airplane with his family; he gets up to use the bathroom, blacks out and awakens alone, naked and shrunken to mouse size in a mysterious wood. A quick exploration reveals that he is not far from his house, but an unexplained "rift in reality" separates him from his world. The two threads of the story connect, and Cam and Zak and their gang of fellow diminutive real-world outcasts, take Robert into a cave where they spend their days feverishly stoking fires and fighting off memories of their previous lives. Ignoring their pessimism ("Small is an alien planet, and that's where you live now," Zak tells Robert), Robert sets out with a few of the others to make his way back home, and to find out what happened to him and his family. After a rather dreary adventure sequence, the book's unsatisfying conclusion raises more questions than it answers. And Cross's prose is uncharacteristically repetitive, even rather sloppy at times. It may take volumes two and three before readers can decide whether this alternate cosmology is viable. Ages 10-up.