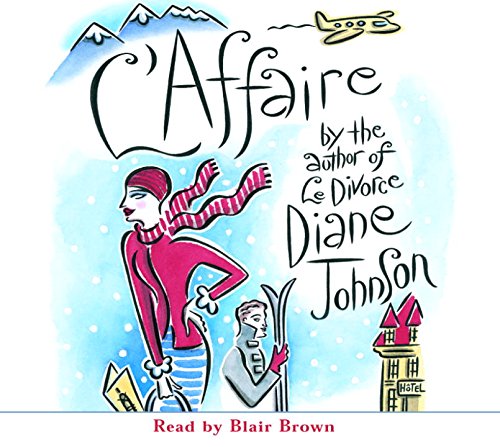 In and , Johnson polished her skill for sophisticated social comedy involving the cultural disconnections of Americans in France. Here, she perfects it in a deliciously entertaining story of a group of people drawn together—and divided by—the sharply different laws of succession in France and Britain. Amy Hawkins, a beautiful, naïve, suddenly very rich Californian dot-com entrepreneur, comes to a posh ski resort in the French Alps as part of her plan for cultural self-improvement. When she generously pays for transporting the dying Adrian Venn, a publisher crushed in a landslide, back to his native England, her humanitarian gesture backfires with exquisite irony. Venn's two grown English children, his illegitimate French daughter, his new, much younger American wife and their toddler son become embroiled in a classic scenario of quarreling heirs, each seething with expectations at the expense of the others. Add a stuffy British solicitor who disdains French customs, his French counterpart who equally despises the English, an intellectual and TV personality who demonizes Americans, a lusty Austrian baron, a chic Parisienne hostess and other expertly drawn characters, and the comedy moves into high gear, but never at the expense of insights into human nature. Johnson's dexterity with plot builds astounding but credible complications, and she is adept at rendering a kind of fugal counterpoint in which each character misunderstands what each of the others thinks. Because love and money are never far apart in Johnson's oeuvre, four affairs take place, with mixed results. Johnson is more droll than Henry James, to whom she's been compared, and she's as witty as a modern-day Voltaire. , L'Affaire, ! .