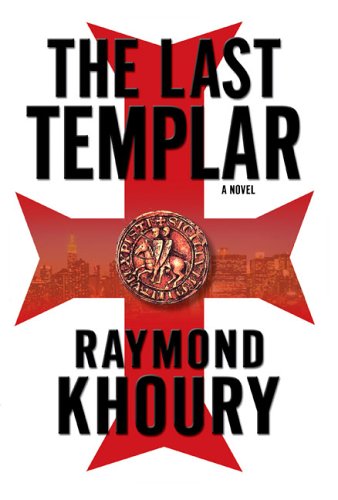 The war between the Catholic Church and the Gnostic insurgency drags on in this ponderous knockoff. The latest skirmish erupts when horsemen dressed as knights raid New York's Metropolitan Museum of Art, lopping off heads and firing Uzis as they go. Their trail leads FBI agent Sean Ryan and fetching archeologist Tess Chaykin to the medieval crusading order of the Knights Templars. Anachronistic Gnostic champions of feminism and tolerance against Roman hierarchy and obscurantism, the Templars, they learn, discovered proof that Catholic dogma is a "hoax" and were planning to use it to unite all religions under a rationalist creed that would usher in world peace. Screenwriter and first-time novelist Khoury spices up the doctrinal revisionism with –style thriller flourishes, including secret codes, gratuitous but workmanlike action scenes and a priest–hit man sent out by the Vatican to kill anyone who knows anything. The narrative pauses periodically for believers-vs.-agnostics debates and tutorials on everything from the Gospel of Thomas to alchemy. Though long-winded and sophomoric, these seminars are a relief from Tess and Sean's tedious romance, which proceeds from awkward flirtations as they listen to Sean's mix CD to hackneyed intimacies about childhood traumas. The novel's religious history is as dubious as its conspiracy plot, but anti-clericalists—and Catholics taking a break from the church's real headaches—could unwind with it.