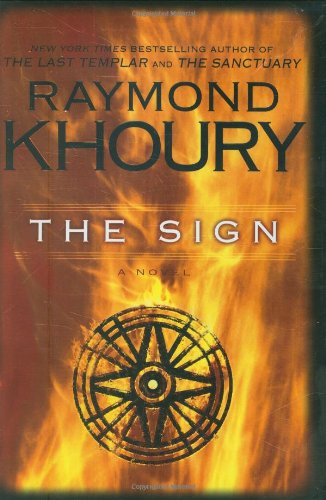 Set against a backdrop of ancient and modern religious conflict, this solid thriller from bestseller Khoury ( ) explores a number of current planetary preoccupations, from far-right political demagoguery to global warming. While in Antarctica covering the breakup of the continent's ice shelf, TV reporter Grace Logan and her crew are astounded to see a “bright, shimmering sphere of light” in the sky. They film this astronomical anomaly as it runs through a variety of tricks, then disappears. People around the globe wonder: is it a UFO? a sign from God? or some sort of techno trick fashioned by perpetrators unknown? After the blazing sign reappears over the Arctic, a possible link emerges to an old Catholic priest, who has heard on a desolate mountain in Egypt a portentous voice in his head (“Are you ready to lead your people to salvation?”). Unrelenting action and a suitably twisted ending compensate for the clichéd prose.