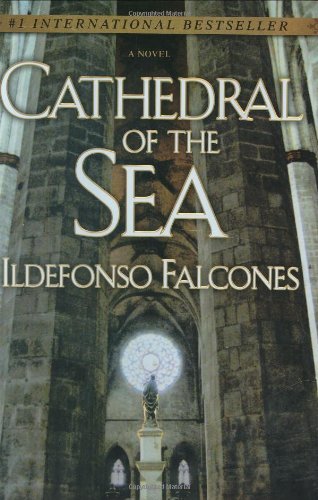 Cathedral of the Sea

Medieval Spain’s caste system can’t keep a good man down in this absorbing epic, a Spanish-language bestseller. Arnau Estanyol, son of a fugitive peasant, starts out in 14th-century Barcelona as a lowly porter who carries stone blocks to a cathedral construction site and ends up a rich moneylender who saves the city from pillaging and frees the serfs of a barony he acquires by marriage. Alas, his dizzying social assent and defiance of the feudal order provoke enraged aristocrats—his status-obsessed wife included—into siccing the Inquisition on him. Arnau is a kindhearted, somewhat passive figure who combines piety, industry and cosmopolitanism to challenge a corrupt, dogmatic church and a parasitic nobility. The plot features thwarted romance, war, plague, immolations and self-immolations, set in a Machiavellian world ruled by privilege, cronyism and brute force. The melodrama is sometimes laid on thick, but Falcones’s rich portrait of medieval society is fascinating.