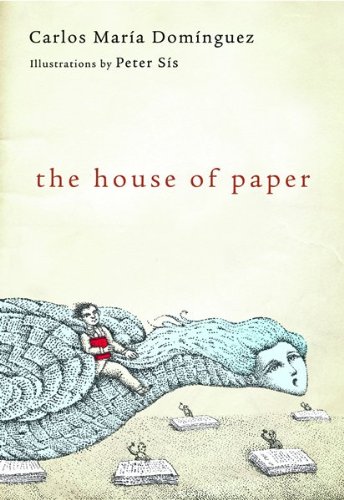 The House of Paper

Uruguayan novelist and critic Domínguez's book-obsessed homage to Argentinian great Borges is a sweet miss. A devastatingly beautiful Conrad scholar, Bluma Lennon is killed by a car while crossing a street near Cambridge University while holding a copy of Emily Dickinson's poems. Several weeks later, the narrator, one of Bluma's several lovers, receives a copy of Joseph Conrad's in the mail. There's no letter, but the postmark is Uruguay; the book is inscribed by Bluma to "Carlos"—and it is encrusted with portland cement. The unnamed narrator sets out for Montevideo to discover its secret. The rest of the plot, in which Borges-as-author figures, is predictably book-centered, with plenty of travel and metaphysical musing. It is amiable and sincere in its desire to add its voice to the master's by revisiting some of his settings (including Buenos Aires) and subjects (Quixote, collecting, love, time and death). But it falls short of Borges's own takes and is thus hard to read as more than a love letter. With 11 two-color illustrations by Peter Sís, the book is fun and sad in the right spots, but one never gets a fiendish enough sense of Domínguez's own obsessions or his desire to plot them.