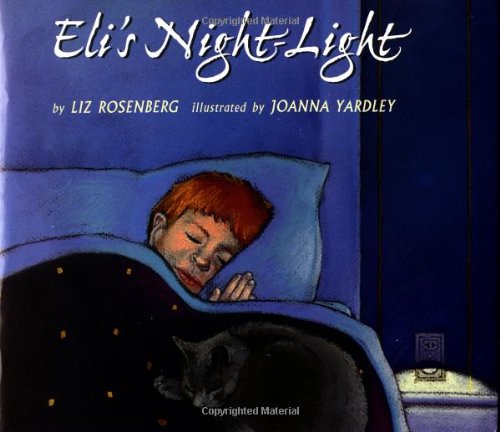 In this soothing tale, a resourceful boy finds an alternative to his night light, which burns out just as he is drifting off to sleep. Rather than panic or call for Mom and Dad, Eli looks around his room and realizes there is light everywhere. "The stripes of his wallpaper shone in the dark,/ and so did the frame on his picture of the park," writes Rosenberg () in a soft, reassuring cadence. Her understated lyricism takes a particularly nice turn near book's end, when Eli finds comfort in the night sky with "hundreds of stars that would not burn out for a long, long time." Matching the mood of the text, Yardley () employs a pastel palette of rich blues—ranging from lapis to ink—to evoke a nighttime that calms rather than intimidates. By composing many of her full-bleed pictures from Eli's perspective as he surveys his environment, she varies the visual interest of every spread, while firmly establishing the boy as the center of his environment. Ages 3-6.