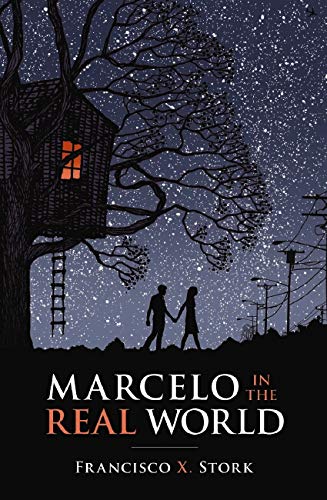 Marcelo in the Real World

Artfully crafted characters form the heart of Stork’s ( ) judicious novel. Marcelo Sandoval, a 17-year-old with an Asperger’s-like condition, has arranged a job caring for ponies at his special school’s therapeutic-riding stables. But he is forced to exit his comfort zone when his high-powered father steers Marcelo to work in his law firm’s mailroom (in return, Marcelo can decide whether to stay in special ed, as he prefers, or be mainstreamed for his senior year). Narrating with characteristically flat inflections and frequently forgetting to use the first person, Marcelo manifests his anomalies: he harbors an obsession with religion (he regularly meets with a plainspoken female rabbi, though he’s not Jewish); hears “internal” music; and sleeps in a tree house. Readers enter his private world as he navigates the unfamiliar realm of menial tasks and office politics with the ingenuity of a child, his voice never straying from authenticity even as the summer strips away some of his differences. Stork introduces ethical dilemmas, the possibility of love, and other “real world” conflicts, all the while preserving the integrity of his characterizations and intensifying the novel’s psychological and emotional stakes. Not to be missed. Ages 14–up.