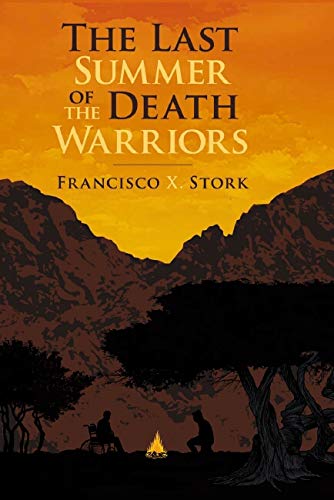 The Last Summer of the Death Warriors

Characters that are just as fully formed and memorable as in Stork’s embody this openhearted, sapient novel about finding authentic faith and choosing higher love. Seventeen-year-old Pancho Sanchez is sent to a Catholic orphanage after his father and sister die in the span of a few months. Though the cause of his sister’s death is technically “undetermined,” Pancho plans to kill the man he believes responsible (“How strange that a feeling once so foreign to him now gripped him with such persistence. He could not imagine living without avenging his sister’s death”). When D.Q., a fellow resident dying from brain cancer, asks Pancho to accompany him to Albuquerque for experimental treatments, Pancho agrees—he’ll get paid and it’s where his sister’s killer lives. D.Q. is deeply philosophical, composing a “Death Warrior” manifesto about living purposefully; through him, Pancho gradually opens to a world that he previously approached like a punching bag. Stork weaves racial and familial tension, tentative romances, and themes of responsibility and belief through the story, as the boys unite over the need to determine the course of their lives. Ages 14–up.