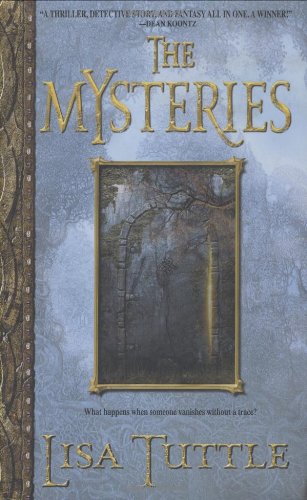 Despite its contemporary settings (Scotland, London and Texas), Tuttle's superlative dark fantasy, her first novel since (1996), draws on the classic, largely Celtic folklore of people who vanish mysteriously because they have gone to the realm of the —the fairy folk. Some never return, at least not to their families. Others can be found again, such as Amy Schneider, rescued by the engaging Ian Kennedy, who took up a career of tracing such persons after going in search of his missing father. Some, like the melancholy woman who calls herself Fred, won't stay in the mundane world even if you try to force them. Ian is afraid this might be the trouble with his latest quarry, the beautiful Peri Lensky. Complications arise when Peri's boyfriend, Hugh Bell-Rivers, says she may have gone off with a man named Mider, which happens to be the name of a king. All the while, Ian is tormented by the disappearance of his own true love, Jenny Macedo, some years before. Tuttle has total command of setting, style and her folklore sources. The ambiguous ending holds out hope for both Ian and the reader. In a field overflowing with sequels, it's refreshing to find a fantasy that truly merits one.