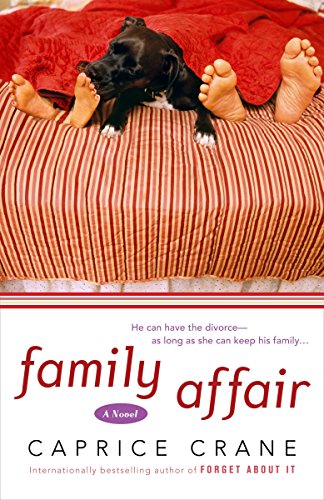 In Crane's hilarious third relationship soap (after ), a divorcing couple fights for custody, not of a child or a pet but of an entire family. Layla and Brett Foster became high school sweethearts after her mother died and her musician father abandoned her in the care of Brett's parents. Their subsequent marriage appeared rock solid, but now, on the verge of 30, still immature Brett is a college football coach who begins thinking the thrill is gone. Somewhat clueless Layla is a pet photographer and co-owner of TLC Paw Prints with sister-in-law Trish, and just when Layla brings up the possibility of having kids, Brett blurts out his desire to divorce. In the ensuing domestic battle royale, Brett's family become Layla's fierce allies, and Brett turns jealous and furious when Layla files a countersuit for joint custody of Brett's family. Watching this exceedingly unconventional family duke it out and grow up is truly delightful.