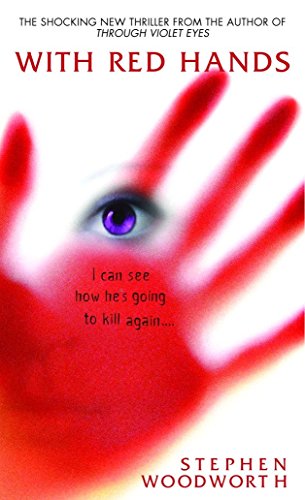 Woodworth's fast-paced and imaginative sequel to his amazing debut, , revisits the world of the Violets, a small group of individuals born with violet eyes and the ability to communicate with the dead. Society has accepted the idea that death is not the end, and courtrooms regularly employ Violets to introduce testimony from murder victims. When a teenage boy is put on trial for shooting his wealthy parents, a well-known Violet takes the stand and channels the dead parents to confirm that it was someone other than their son who pulled the trigger. Meanwhile, Natalie Lindstrom, a Violet who has retired from the job and is working hard to prevent her daughter, Callie, from entering it, examines the case and discovers that the Violet on the stand might be falsifying the postmortem testimony, something previously thought impossible. Natalie's also grappling with her mother, a Violet institutionalized years ago; her mother says she has been visited by the Thresher, a ruthless killer who refuses to stop his ghoulish work even though he has been executed. The separate story threads weave together seamlessly as Woodworth unveils the "Needlepoint killer," whose viciousness makes Hannibal Lecter seem like a Sunday School teacher. As with , the violence in this book is matched by its intelligence.