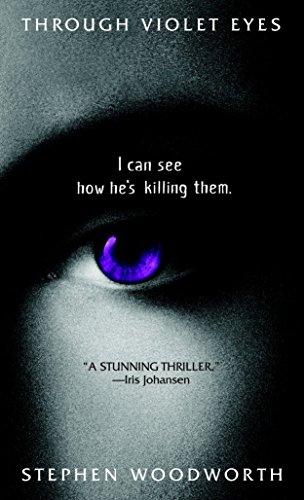 Shades of and color Woodworth's chilling debut novel, which is set in an alternate present-day setting where a small percentage of people are born with violet irises and the ability to channel the dead. Naturally, the government has stepped in and regulated their lives, using them as tools in murder trials; an early scene in which a judge instructs the jury how to "weigh the testimony of the deceased" nicely sets the book's tone. When it becomes clear that a serial killer is targeting the Violets themselves, FBI agent Dan Atwater is paired with Natalie Lindstrom, a Violet, to investigate. Here Woodworth turns the conventional murder mystery on its ear: there are a fixed number of suspects from the beginning, but since the deceased can inhabit the bodies of Violets, none of the players ever exit the story, even when they are killed. Moments after dying, the victims take over Natalie's consciousness, bringing their tale of the Faceless Man who killed them and their suspicion that he may be working with someone on the other side. This twist makes for a tantalizing puzzle rife with red herrings, one made all the more entertaining by brisk pacing and strong internal logic.