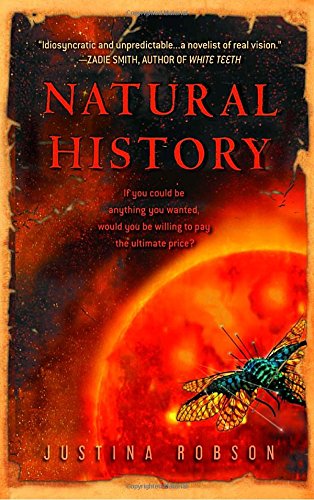 In Robson's U.S. debut, a thought-provoking SF stand-alone, the British author of and revisits the disquieting territory of Arthur C. Clarke's . Advances in genetic engineering have created the Forged, human/machine hybrids that carry out tasks too mundane or too dangerous for the Unevolved, as non-Forged humans are called. Soon after a Forged explorer, Voyager Lonestar Isol, returns from a 15-year trip with the Stuff (a sentient chunk of gray quartz capable of instantly transporting her anywhere), Isol announces that she's found an empty Earth-like planet in a distant star system. By claiming it as a home world, the Forged can finally break from the resented Gaiasol, the political entity that rules Earth's solar system, and become what they were meant to be. While many dream of moving out, others suspect that the Stuff's offer is too good to be true. Archeologist Zephyr Duquesnse, commissioned to study the proposed home world and make sure it's truly free of life, finds no easy answers. Fans of the sweeping, politically and psychologically aware space opera of Iain M. Banks and Ken MacLeod will be intrigued by Robson's setting and the new slant she takes on universal questions.