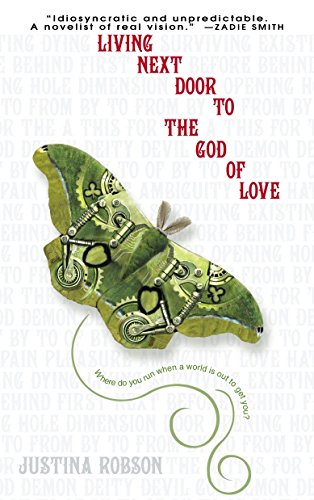 Living Next Door to the God of Love

If William Gibson and Norman Spinrad had dropped acid together, this fourth SF novel by British author Robson ( ) is the book they might have written. It's a bizarre exploration of theories about human nature, set in a post-Singularity future where AIs are in charge of both real and virtual worlds, genetic manipulation is so common that "unevolved" people are disdained, and anyone can use magic as long as they don't mind occasionally being possessed by Theo, the personification of knowledge, as he hunts for his twin, Jalaeka, the personification of the ineffable. Unfortunately, the tale's visionary qualities are drowned out by the overabundance of undefined vocabulary, queasily fluctuating scenery and dizzying perspective swaps among half a dozen protagonists. Some chapters are less than a page, and almost all are written in the first person, adding narrative confusion despite Robson's credible efforts to distinguish the characters' voices. The experimental nature that makes the novel worth starting sadly ends up rendering it hard to finish.