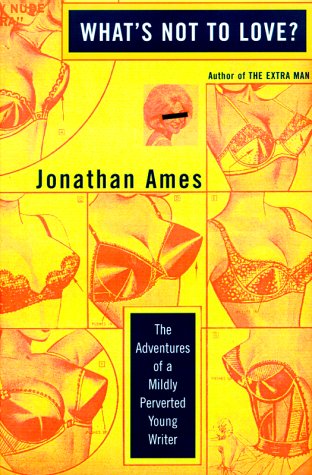 What's Not to Love?: The Adventures of a Mildly Perverted Young Writer

The publisher likens Ames's first nonfiction book to ""a twisted man's version of Candace Bushnell's classic, Sex and the City."" But that comparison does Ames a disservice. Not only can this novelist (I Pass the Night; The Extra Man) and former New York Press columnist (the book is a collection of his columns) write circles around Bushnell, as well as around Ames's fellow ex-Press sex columnist, Amy Sohn, but Ames's columns reveal a sweet, wide-open soul, despite their outr subject matter. And make no mistake, the matter is very outr . The first column of 33 (and an epilogue) arranged in loose chronological order concerns how Ames, who entered puberty only on the cusp of turning 16, felt the need before then to hide his ""little,"" hairless penis from his high school tennis teammates and coach, and how he ran to his mother's bed to show her his first erection. Further columns relate his experiences with flatulence, diarrhea, enemas, VD, prostitutes, first love and so on; in each case, Ames details his adventures with humor, poking incessant fun at himself and his obsessions. Occasionally, his comic timing can seem forced, and the humor shtick; in fact, Ames is a performance artist as well as a writer. But more often the book is laugh-aloud funny and delightfully wry. Above all, though, it's suffused with a wonderful compassion and sense of tolerance--Ames likes to hang with transvestites and considers his closest friend an amputee misfit whose claim to fame is the Mangina, an artificial vagina he wears onstage. There are strong echoes of Henry Miller here, in Ames's embrace of the human condition in all its variants, but Ames is his own man, his own writer (with an elegant, assured prose style)--and deserves hordes of his own fans. (May)
close
Details