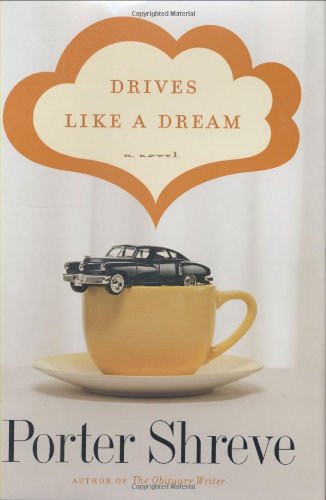 After his well-received, quirky 2000 debut, , Shreve succumbs to the sophomore slump with a dull and far-fetched follow-up. Cars are in Lydia Modine's blood: her father had worked for Ford, Tucker and GM, she's an expert on his former boss, Preston Tucker, and she still lives right outside a tarnished and crumbling Detroit. Now divorced after 33 years of marriage, Lydia, a "social historian of the automobile," sees too many parallels between herself and the subject of her fifth book: " 'planned obsolescence.' Out with the old, in with the new." In the wake of her ex-husband Cy's wedding to a younger woman, 61-year-old Lydia is desperate to escape her sense of loss and restore a sense of family with her three grown children. Shreve's considerable historical research is obvious and admirable, but unless the reader is fascinated by the car industry, it will seem like overkill. Leads that could have been interesting remain unpursued, while an unlikely relationship between Lydia and Cy's new in-laws is developed. Also unlikely is Lydia's scheme to lure her children back home, which borders on the slapstick. Shreve shows promise with some strong character writing, but erratic storytelling, a hasty conclusion and a surfeit of auto lore stall the tale.