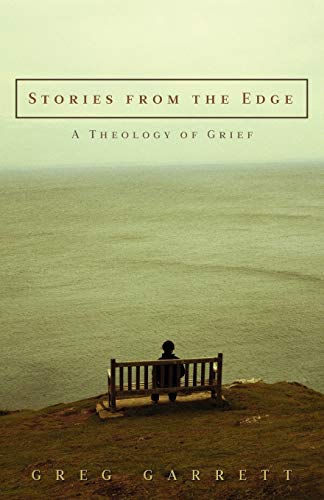 Stories from the Edge: A Theology of Grief

This is not a book about the stages of grief, or the 10 steps to overcoming it. In fact, it’s more about suffering in general than bereavement in particular. Garrett ( ) draws on a summer he spent doing clinical pastoral education—a kind of boot camp for hospital chaplains—to discuss the age-old theodicy questions. The book challenges certain myths that American Christians have swallowed about God—e.g., that God is a transactional ATM who is obligated to dispense good things to the faithful, or that it’s Satan, not God, who makes rotten things happen. Some of these myths are eloquently debunked, while others—such as Americans’ persistent faith in consumerism and their ability to “buy” health and happiness—deserve more ink. Garrett scores points with the powerful stories of the hospital patients he prayed alongside of as well as his own autobiographical discussions of dealing with severe depression. Christians who are looking for theologically nuanced ways of thinking about suffering can learn much from this brief book.