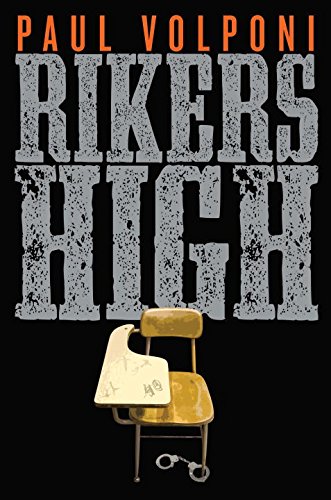 Volponi ( ) recasts his adult novel, (Black Heron, 2002), for a teen audience that will likely be riveted. Seventeen-year-old Martin Stokes has been imprisoned for five months, awaiting trial for a petty crime. Returning from court, he cannot get out of the way when another inmate attacks the boy to whom he is shackled. Martin's face is slashed with a razor; the ensuing scar is a metaphor for the mark prison will leave on the boy, who is no angel (he tells his harried legal aid lawyer she is a “miserable shit”), but whose punishment bears absolutely no relationship to his crime. His break comes when a jailhouse teacher helps him see the importance of finishing school, setting Martin on a path to make the right choice when he's yet again thrust into a violent altercation not of his own making. Volponi, who taught on Rikers Island for six years, writes with an authenticity that will make readers feel Martin's fear. Ages 12–up.