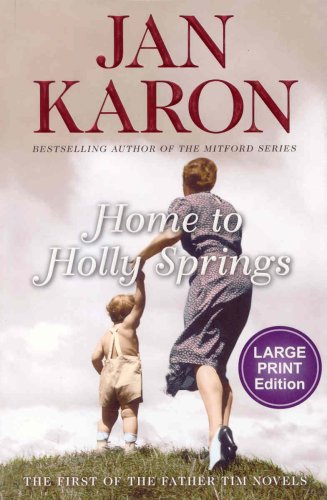 Karon's bestselling series of Mitford novels has concluded with 25 million copies sold to date, but to the relief of eager fans, she introduces a new series featuring Father Tim. The beloved Episcopal priest returns to his childhood town of Holly Springs, Miss., where he reconnects with old friends and battles some old demons. The novel is thick with Father Tim's past, as Karon uses flashbacks to shed light on his early adulthood, especially his transition to seminary. In Holly Springs, his penchant for getting near strangers to open up to him—and his earnest, moving reflections on faith, prayer and the risks of love—are reassuringly present. His wife, Cynthia, is on stage far less than he, but when she appears, she is charming and insightful, as usual. Yet the book is far from perfect. Development of the quirky locals in Holly Springs is thin, and the end is a tad abrupt. Most frustratingly, the central drama of the novel falls flat: Father Tim discovers a long-buried family secret, but he doesn't grapple deeply enough with the emotional consequences of his discovery, nor does Karon fully explore the ways in which the secret plunges us into the Southern quagmire of race. Still, Mitford fans will enjoy this newest visit with wise, winsome, lovable Father Tim.