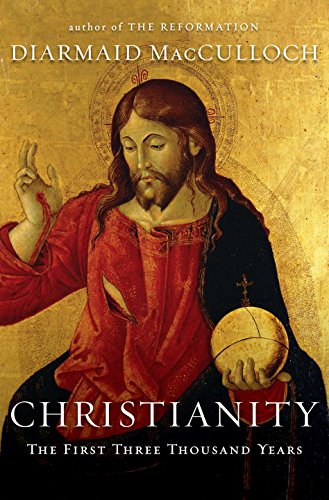 Where does Christianity begin? In Athens, Jerusalem, or Rome? How did the early creeds of the church develop and differentiate? What was the impact of the Reformation and the Catholic Counterreformation? How have vital Christian communities emerged in Asia, Africa, and India since the 18th century? Award-winning historian MacCulloch ( ) attempts to answer these questions and many more in this elegantly written, magisterial history of Christianity. MacCulloch diligently traces the origins and development of Catholic, Orthodox, and Protestant Christianities, and he provides a more in-depth look at the development of Christianity in Asia and Africa than standard histories of Christianity. He offers sketches of Christian thinkers from Augustine and Luther to Desmond Tutu and Patriarch Bartholomew I. Three appendixes contain a list of popes, Orthodox patriarchs, and a collection of Christian texts. Assuming no previous knowledge on the part of readers about Christian traditions, MacCulloch traces in breathtaking detail the often contentious arguments within Christianity for the past 3,000 years. His monumental achievement will not soon be surpassed.