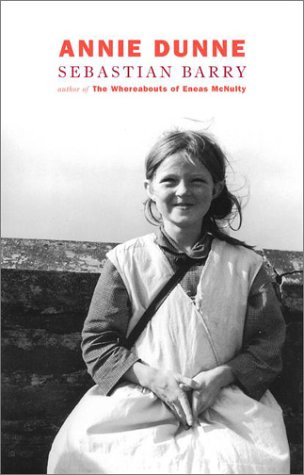 Irish playwright and novelist Barry's gift for image and metaphor () are equaled here by his eye for descriptive detail. This moving story is narrated by the eponymous Annie Dunne, who, in her 60s, has come to live with her cousin Sarah on an impoverished farm in Kelsha, County Wicklow. Plain and poor, and afflicted with a humpback since a childhood attack of polio, Annie is grateful to Sarah for taking her in. She loves the farm and attacks the backbreaking daily chores with fierce ardor. But when a scheming handyman on a neighboring farm begins to court Sarah, Annie sees her livelihood threatened and fights back with the only weapons in her arsenal: bitterness and rage. Complicating the events of the summer spanned by the plot are the two young children left in Annie's care by her nephew, who's gone off to London. As Annie is terrified to admit, even to herself, the children have their own dark secret, too fearsome to contemplate. Veering between dread, anger and shame, Anne's thoughts are also a mixture of whimsical observations, naïve ideas and a poetic appreciation of the natural world. This compassionate portrait of a distraught woman mourning the years of promise and dreams that were "narrowed by the empty hand of possibility" is a masterful feat of characterization, all the more vivid against the backdrop of rural Ireland in the 1950s, undergoing changes that throw Annie's life into sharper focus.