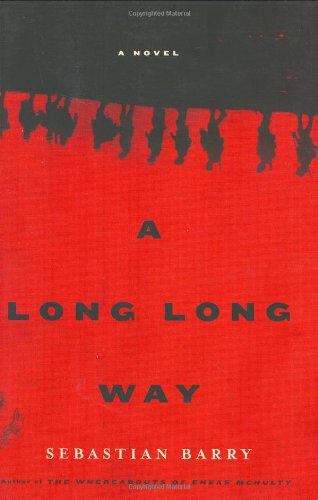 —that's the line from Horace (later famously quoted by war poet Wilfred Owen) that Irish poet, playwright and novelist Barry seeks to debunk in this grimly lyrical WWI novel. After four years of brutal trench fighting, Willie Dunne, once an eager soldier in the Royal Dublin Fusiliers, is still a "long long way" from home. Irish Home Rule seems a distant fantasy after the miserable Easter 1916 uprising in Dublin, which Willie, back in Ireland on his first furlough, was forced to help quell, firing on his own people; relations with his pro-British father, who abhors Willie's equivocal stance on Irish nationalism, have soured; his beloved Gretta has married another man; and most of his original Irish band of brothers have been slaughtered. The novel's dauntless realism and acute figurative language recall the finest chroniclers of war (Willie supposes that dead French soldiers "lay all about their afflicted homeland like beetroots rotting in the fields"). Still, Barry lingers too long on the particulars of the battlefield—the lice, the putrid muck—while failing to adequately develop the disasters Willie must face back in Ireland. As such, this somber novel—unlike Barry's moving previous book, , whose eponymous narrator is Willie's younger sister—often lacks the nonsoldier human faces necessary to fully counterpoint the coarseness of military conflict, though its inevitably bleak conclusion is heartrending.