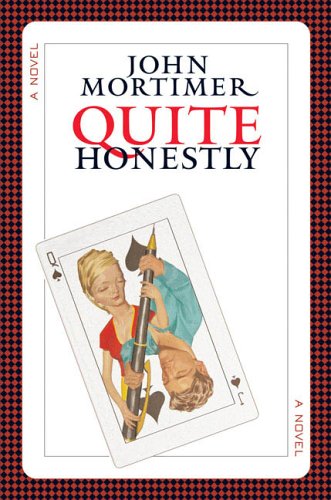 The indomitable Mortimer ( , etc.) is back with a new cast of quixotic characters. Lucinda Purefoy (Lucy), daughter of a liberal Anglican bishop and his gin-soaked wife, graduates from university with a hankering to repay her debt to society, so she joins SCRAP (Social Carers, Reformers and Praeceptors), a volunteer organization that pairs a do-gooder with a done-badder on release from prison. The idea is to ease the ex-con's transition into society. Or, as Lucy introduces herself to her "client" Terry Keegan, "I'm your guide and philosopher." Keegan, a young man from the wrong side of Ladbroke Grove, started pinching bottles of whiskey with his schoolmate Chippy when he was 12; now he's getting out of the big house after doing three years for breaking and entering. He knows his transition would be much easier without the likes of Lucy and sets out to lose her at the first opportunity. Complications ensue, especially when Chippy (now Leonard) McGrath, who has established a false front as an environmentally concerned businessman to disguise his thriving crime organization, enters the scene. Told in a nimble he-said, she-said format, the narrative cartwheels across all that is sanctimonious about prison reform for a delectable undoing of do-gooders.