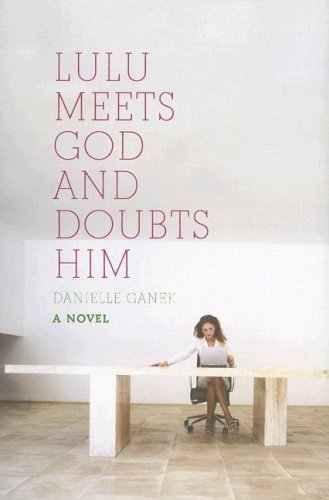 Lulu Meets God and Doubts Him

In this enjoyably tart art world sendup, winsome, aperçu-spouting Mia McMurray (think –era Parker Posey) is a gallerista—one of the invariably decorative young women who act as a gallery's de facto concierge, and "who is always, always watching," as Mia herself puts it. A mysterious portrait by the recently late Jeffrey Finelli (killed by an errant cab in front of Mia's Simon Pryce gallery) gives the novel its winningly clumsy title and sets up its main conflict, between grasping art collectors and representatives of Finelli's estate. Former and editor Ganek, herself a significant art collector, offers sharply drawn characters and convincingly savvy details. That the book's most important female collector is presented as a loudmouthed and overdressed refugee from gives a sense of its waspish humor. But Ganek stops short of crude caricature, and Ganek's portraits of the variously sneaky, ridiculous and pretentious art world denizens are tinged with affection and depth. The tone is sophisticated chick lit, and there's a sweet love story threaded in, but what most clearly animates this debut, and sets it apart, is a real sense that art matters.