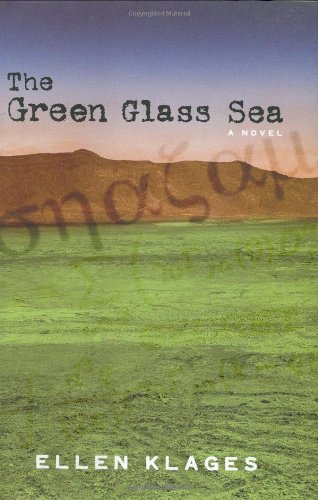 Klages makes an impressive debut with an ambitious, meticulously researched novel set during WWII. Writing from the points of view of two displaced children, she successfully recreates life at Los Alamos Camp, where scientists and mathematicians converge with their families to construct and test the first nuclear bomb. Eleven-year-old Dewey, the daughter of a math professor, is shunned by the other girls at the camp due to her passionate interest in mechanics and her fascination with the dump, which holds all sorts of mechanisms and tools she can use for her projects. Her classmate Suze is also often snubbed and has been nicknamed "Truck" by her classmates (" 'cause she's kind of big and likes to push people around," explains one boy). The two outcasts reluctantly come together when Dewey's father is called away to Washington, D.C., and Dewey temporarily moves in with Suze's family. Although the girls do not get along at first (Suze draws a chalk line in her room to separate their personal spaces), they gradually learn to rely on each other for comfort, support and companionship. Details about the era—popular music, pastimes and products—add authenticity to the story as do brief appearances of some historic figures including Robert Oppenheimer, who breaks the news to Dewey that her father has been killed in a car accident. If the book is a little slow-moving at times, the author provides much insight into the controversies surrounding the making of the bomb and brings to life the tensions of war experienced by adults and children alike. Ages 9-up.