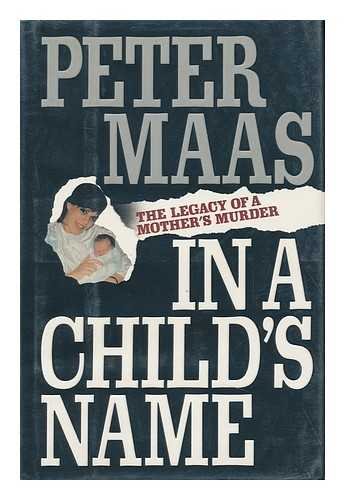 In a Child's Name: The Legacy of a Mother's Murder

In 1984 Ken Taylor, a dentist in Marion, Ind., cracked open the skull of his third wife, Teresa, with a dumbbell. Driving her body halfway across the country, he dumped it along a Pennsylvania road, then went to visit an ex-wife in Pittsburgh. Apprehended, Taylor, a calm, eerily confident wife-beater, philanderer and heavy user of marijuana and amphetamines, pleaded self-defense. He put forth a bizarre story that Teresa had been a drug addict and that he had caught her performing oral sex on their five-month-old son, Philip. In a taut, chilling voyage into the mind of a sociopath, Maas ( Serpico ) highlights the regional, religious and ethnic passions unleashed by a case that extended from the Midwestern Bible Belt to New Jersey, from Mexico to Staten Island, N.Y. As dramatic as the trial itself was the custody battle over Philip; his paternal grandparents temporarily adopted him after snatching him away from Teresa's sister, who had won custody. The grandparents' scheme, according to Maas, was directed by the convicted murderer from his cell. Photos. $100,000 ad/promo; author tour. (Nov.)
close
Details