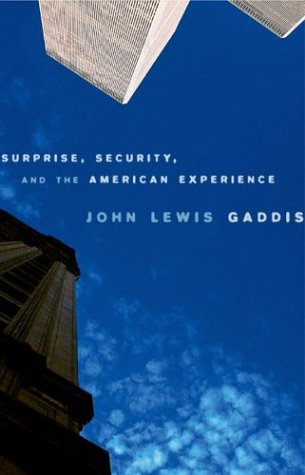 SURPRISE, SECURITY, AND THE AMERICAN EXPERIENCE

The post–September 11 strategy of the Bush administration is often described as a radical departure from U.S. policy. Gaddis, one of America's leading scholars of foreign policy and international relations, provocatively demonstrates that, to the contrary, the principles of preemption, unilateralism and hegemony go back to the earliest days of the republic. Gaddis resurrects the 18th-century idea of an "empire of liberty": whether as a universal principle or in an American context, liberty could flourish only in an empire that provided safety. The British burning of Washington in 1814 highlighted American vulnerability to certain forms of surprise attack. In consequence, Gaddis recounts, John Quincy Adams developed a strategy of seeking control over the North American continent with minimal coercion, but through preemptive action where necessary. The attack on Pearl Harbor extended the concept to global dimensions, eventually expanding the U.S. sphere of influence exponentially. The events of September 11 extended the concept of preemptive action even at the expense of sovereignty when terrorism is involved. Gaddis describes this latest expansion of American power in response to surprise attack as a volatile mixture of prudence and arrogance. But instead of the usual caveats, he recommends the U.S. continue on an interventionist course, and he has no qualms about calling America the best hope of liberty in the eyes of most of the earth's inhabitants. The ability to question all values that is liberty's essence depends, he finds, on defending certain values—unilaterally and preemptively when necessary, but not randomly. This compact, provocative history of an idea-in-action has the potential to alter the U.S.'s collective self-image.