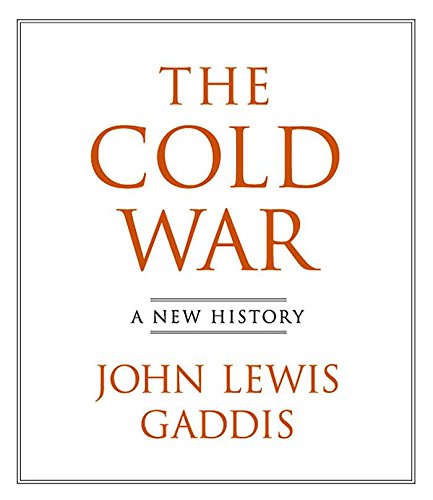 Gregory and Sklar, reading Yale history professor Gaddis's study of the American-Soviet standoff, give voice to their inner television announcer, their twin brands of masculine sonorousness verging on virile parody before settling comfortably on the side of familiar voice-over solidity. Gaddis's work unravels the tangled threads of the Cold War, from the tense Allied conferences at the end of WWII to the Korean War and onward, and his book's readers give it the sensation of every word being carefully cultivated and primped before being spoken. If this leads to some of the immediacy, the heart-in-throat sensation, of the events described being diluted, so be it, for Gregory and Sklar give Gaddis's book the grandeur its subject matter so richly deserves. Sounding more professorial, in the I-play-an-Ivy-League-professor-on-television sort of way, than the good professor himself, Gregory and Sklar do an admirable job of making Gaddis's learned words their own.