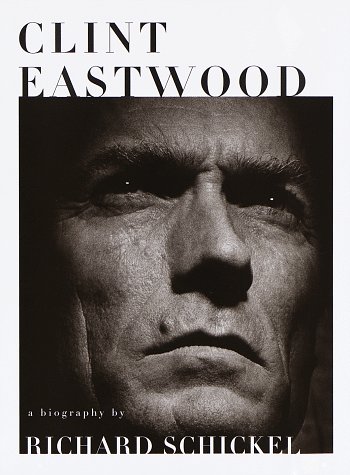 The career of actor and filmmaker Clint Eastwood has been one of the most unusual in cinema history. Starting out as a bit player in such 1950s films as The Return of the Creature and Tarantula, and then as a young hunk in the TV series Rawhide, Eastwood hurtled to international fame in 1964 by starring in an Italian western made in Spain, Sergio Leone's A Fistful of Dollars. It took Eastwood another 20 years, however, to begin to win over critics. His ascent from critical contempt to adulation, even as he has remained enormously popular with fans, forms the heart of this superb biography. Schickel (Brando), a film critic for Time magazine, is a friend of Eastwood's, but this privilege doesn't blinker his critical eye. The actor's personal life is evoked in telling detail, and Eastwood's relentless womanizing isn't whitewashed. The core of the book, though, is Schickel's passionate defense of Eastwood as actor and director; in fact, he makes a convincing case for Eastwood as one of the most important and influential filmmakers of his generation. The production and critical reception of Eastwood's most important films are recounted in detail; especially outstanding is Schickel's analysis of the still-controversial Dirty Harry. Schickel zeros in on Eastwood's appeal, showing through his acute interpretive readings of the films how the actor combines the masculine authority and repressed rage of Gary Cooper and John Wayne with an almost postmodern ironic self-consciousness. Some of Eastwood's most compelling films (The Beguiled; Tightrope; Unforgiven), Schickel contends, have deliberately played with, and even subverted, the usual cliches of masculine film performance. No mere celebrity bio, this is a beautifully written, comprehensive and astonishingly insightful study of a man who, seemingly against all odds, has achieved world renown as both a pop culture icon and an accomplished film artist. Photos, not seen by PW. 100,000 first printing. (Nov.)
close
Details